Cold Water Benefits: Is Cold Water Good For Your Health?

He speaks of his daily routine about doing yoga, breath work, a cold shower, as I am looking at the iridescent sea from our gorgeous rooftop view.

“Perfect”, I think to myself as I imagine jumping into the cold ocean water. After a series of walking up and down 133 steps to the suite I’m staying in for a month (yes I counted), my body is feeling extra pumped to jump into this ocean!

So I make the 5 minute solo trek to the beach just in time for the sky light hues to transition into darkness. Julien Desforges participates in a mask workshop during our Nicaragua artist residency at Maderas Village.

My body eases into the cold ocean, as I thank God out loud for all of the blessings in this life:

After 5 minutes of dancing and submerging my body into this stimulating sea, I rise up feeling as a Phoenix – born again, ready to begin again.

“I will jump right over into cold, cold water, for you,” Justin Bieber says in one of his songs.

And now, I’m thinking he may be onto something.

To be honest, I’ve been doing cold showers for most of my life; Mostly because the places I lived growing up didn’t have hot water. People would ask, “How does your skin look so good?” and comment, “Wow, your hair looks so healthy!” and I didn’t have any fancy products to recommend. I’d simply respond. “Well, I shower?”

Google “Cold Water Benefits” and there’s actually heaps of studies to support the health benefits. Whilst I mention the “beauty” benefits above, I sense that you’d much rather read about the health benefits instead (during this viral time), and just experience the beauty benefits as a bonus! Here, I’ve chosen to cultivate the most relevant and scientific information to help aid our healing through this epicdemic*, as well as maintain our health for years to come!

If there is anyone who is familiar with cold water, someone nicknamed ‘Ice Man’ feels pretty credible. After watching Ice Man run barefoot in the snow, stay in icy water for a superhuman amount of time, and then experience his breath work practice during a session with Julien at Momentom Collective. I felt this concept was something worth exploring.

Wim Hof’s Method incorporates cold showers into its regimen for its various healing benefits. An excerpt from ‘The Wim Hof Method Explained’ explains:

Another study conducted by the Thrombosis Research Institute (ME, CVS, Documentation Centre, 1994) showed that people who took a daily cold shower had significantly more white blood cells in comparison to people who did not. White blood cells are cells that combat diseases. The investigators declared that, by taking a cold shower, the metabolic rate during and after such a shower is increased to keep the body warm. At the same time the immune system is activated, resulting in the release of more white blood cells. This study indicated that exposure to the cold boosts the immune system.

Michael Mosley, who made a film with Wim Hof about his method, also wrote an article asking the question: “does cold water swimming have health benefits?”

According to his research, yes.

Another study from 2000 included analyzing the effects of keeping men in chilly water (14 degrees celsius) for up to an hour, and the science shows significant increased metabolic rates (involving our metabolism) and increased dopamine levels (the feel-good brain chemical).

In relation to ‘feeling good’, there’s also a fascinating study from the British Medical Journal titled “Open water swimming as a treatment for major depressive disorder”. The case study involved a 24-year-young woman who was diagnosed and treated for major depression and anxiety for 7 years. The summary of this case study reads:

A program of weekly open (cold) water swimming was trialled. This led to an immediate improvement in mood following each swim and a sustained and gradual reduction in symptoms of depression, and consequently a reduction in, and then cessation of, medication. On follow-up a year later, she remains medication-free.

epicdemic* – a ‘typo’ that became a wordplay for epidemic.
Epidemic means illness spread over a wide area at the same time.
Epic means something that is ‘heroic’ and ‘grand’.
Epicdemic is the grand story of us healing ourselves.

We are always looking to create more content that inspires, educates and shares both the individual and collective experiences we are having within many of our Momentom artist residencies. If you enjoy our content consider supporting us on Patreon or diving deeper into our blog. Breathing: A concept that comes naturally to us. Yet, how many of us – consciously – breathe? As human beings breathing, we 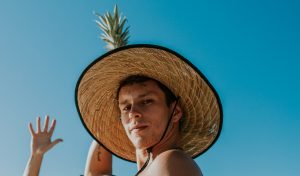 In the uncertainty of today’s climate there is a lot of fear when projecting into the future. The veil of our current Community In Quarantine: Living In Community During Coronavirus (COVID-19)

Living in community can present challenges as it is, but what happens when you introduce a global pandemic? How do you navigate